By definition the word ‘cult’ means a relatively small group of people having religious beliefs or practices regarded by others as strange or sinister. The other definition is a misplaced or excessive admiration for a particular person or thing. “A cult of personality surrounding the leaders.” But, we use the word ‘cult’ as a group of people sharing a common thing or things and in this case that’s what I’m talking about when it comes to the podcast listening audience. Podcast listeners are like a cult and this week’s Bailey’s Big Blog I’ll explain why that’s a good thing.

One of the first things I noticed when I started podcasting The Bailey Show was how into the content and the brand the audience is. I’ve really only seen this one other time in my career. When I got into true talk radio at Real Radio in Orlando I always knew the audience had a diehard mentality but I never in a million years realized how ‘cult-like’ it was until I started working there. They knew talk radio! If you were bullshitting they could spot it a mile away. If you were doing a bit someone one had already done they would call you out. But, when you needed them they were always there. They were the most devoted listeners I’ve ever seen…until I started podcasting.

From day one I noticed the audience would hang on every word from the shows. Now with social media it’s even better because I see the audience coming together as a community and sharing their lives with one another. So, why are people listening to not only my podcast but podcasts in general? Let’s speculate with some facts shall we?

Nearly three out of every four podcast consumers in the US say they enjoy tuning in to podcasts to learn new things and do so on a monthly basis (Statista, 2019). That aside, podcasts are also a form of entertainment and a source of news and inspiration for listeners. But doesn’t radio do the same thing and if so why do these people even need podcasting? Here is where ‘my opinion’ comes into play.

I really believe part of the podcasting boom is that people not only need something new but like the fact that they can kind of “own” the product. They also know it’s not going to leave them anytime soon unlike radio shows either moving on or getting fired. Let’s say you subscribe to The Bailey Show. You now have new content 7 days a week at your convenience. That to me is having control of your entertainment. Where radio lacks podcasting strives. The niche content has segregated an already segregated demographic. That’s not good news for radio but great for podcasting.

Back to the ‘cult thing’. If you have a certain amount of people digging the same thing and feel that they’re a part of the process then it’s like we’re all in it together. People don’t accidentally come across a podcast. They are either told or found online. Back in the day radio was just like what podcasting has become.

Ever have your grandmother or mom tell you stories about when they were kids and on a certain night at a certain time turn on the radio and listen to “Little Orphan Annie.” They’d literally gather, as a family, around a giant radio and listen to this story over crackled speakers about an orphan kid with red hair. Yeah, that was a thing. Over the years radio listening from home decreased greatly for many reasons.

Personally, I never thought people listening to anything through speakers at home would ever become a thing again. Radio started to get a little of that back with smart speakers and the pandemic definitely helped. Do you think anyone is listening to podcasts at home? Surprise!

Nine out of every ten podcast listeners in the US say they listen to podcasts at home (Edison Research, 2019). I know, right? I was shocked by this as well. I’m sure it’s not a sit around the radio thing like back in the day. Actually, 59% of consumers listen to a podcast while doing housework. (Edison Research) Again, it’s a certain audience that ‘gets’ what podcasters are doing and rallies around that creating a ‘cult-like’ atmosphere. Yes, all good, good, good.

My point is podcasting has once again created that “cult-like” audience and I love it. Personally, it’s revived my love of entertaining all because of the appreciation the audience shows on a daily basis. When a lot of us radio people first get into the business we get what’s called “bit by the bug.” Meaning, we love the business so much we can’t stop working. Unfortunately, for a lot of us that starts to fade because of outside influences within the business if that makes any sense. I’ve been re-bitten by the podcasting bug and it energizes me everyday to produce new content…my own content…to an audience that truly appreciates it.

So, whether it’s my podcast or someone else’s…rally around them and their audience and create something special. It’s amazing what can be accomplished when a group of people get together for the common good. 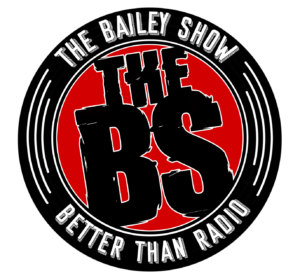 SUBSCRIBE TO THE BS! NOW COMMERCIAL-FREE FOR JUST $4.99/mo!